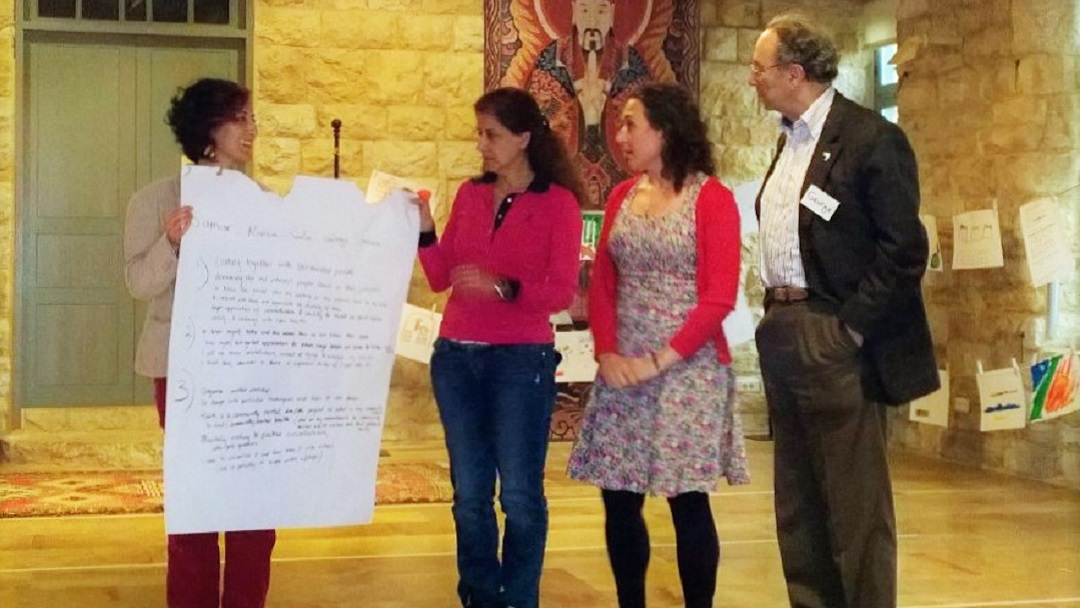 The challenges faced by Lebanon and the region are self-evident. Cycles of violence have played out repeatedly through the ages. All of this is well documented, but what is less obvious, is how the battles of the past can stay dormant within us from generation to generation, flaring up in moments of perceived threat. And so, whether we are conscious of this or not, we may be reliving the trauma of our parents, grandparents or even long dead ancestors.

At the beginning of the civil war in Lebanon, Alexandra Asseily asked herself the question – how could so many people have suddenly transformed from apparently peaceful souls into violent killers – seemingly overnight? Holding this question led to a profound experience. This confirmed her understanding of how the events of a traumatic past are held in memory and deeply affect the present unless the contract between the living and the dead is released through compassion and forgiveness.

The essence of this experience inspired a vision for the Garden of Forgiveness. This was to be a garden sanctuary set in heart of central Beirut, amidst archaeology spanning 3,000 years and surrounded by three churches, three mosques and a shrine to the Virgin Mary – venerated by both traditions. It was to be accessible to people of all backgrounds for peaceful introspection and meditation. The Garden of Forgiveness was realised in 1998 and everything was in place for completion with a due date of 2008. As a result, however, of the violent events of 2005-6, all building came to a halt. The subsequent political stalemate has meant that it has remained in a vacuum ever since.

In order to raise consciousness for this project and the trans-generational message of healing at the heart of it, a conference was organised in LAU Byblos in November 2011 – entitled Healing the Wounds of History, Address the Roots of Violence. A programme of workshops was run throughout 2012-13 building on the approaches and themes raised at the Byblos conference. These, in turn, evolved into the HWH programme.

Facing the tragedy of recent events in the region alone, we naturally feel powerless and overwhelmed. However, by coming together in community we can support each other’s healing journey and begin to release our inherited trauma. By doing this, we can take our place amongst kindred spirits and contribute to the evolution of a positive, peaceful future.

Healing the Wounds of History

Through the transformative potential of narrative and storying in social healing, HWH Programmes aim to address the deeper causes of violence. View all posts by Healing the Wounds of History